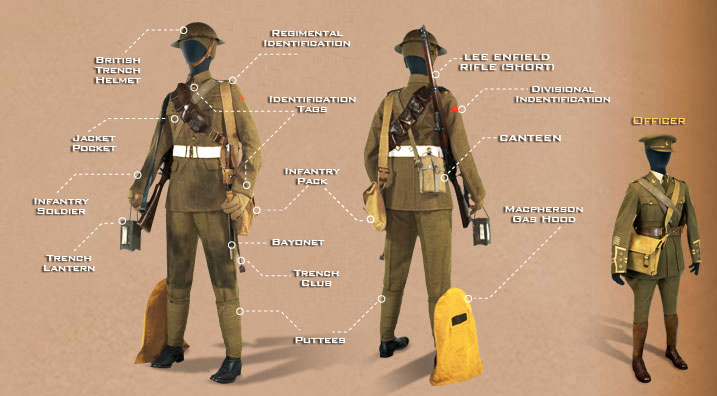 A soldier in the British Army was equipped with many items that were necessary to wartime living. Owen Steele,   in his diary, describes the soldier's outfit and equipment for one battle: 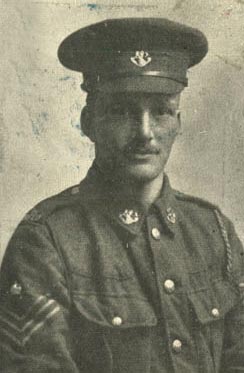 "The 29th Divisional order had been specific in the equipment each soldier was to carry with him into battle: rifle and 170 rounds of small arms ammunition, one iron ration and rations for the day of assault, two sandbags, two Mills grenades, steel helmet, smoke helmet in satchel, water bottle and haversack on back, first field dressing, and identity disc. The identity disc, a triangular piece of metal, seven inches a side, cut from a biscuit tin, was to be fastened on each soldier's back, to enable air reconnaissance to spot the advancing columns on the day of battle. Unfortunately, it also provided a ready target for German sharpshooters.

Those in the first and second waves carried an additional 120 rounds of ammunition. At least forty percent of the infantry carried shovels and ten percent picks. In addition, the regiment had to carry its share of the equipment used by the Brigade, including flares, five-foot wooden pickets, mauls and sledge-hammers, wire-cutters, hedging gloves, haversacks and Bangalore torpedoes. A further major item were the wooden bridges for crossing trenches. On average, this meant that the men would carry an extra 60 pounds of equipment into battle, nearly half the weight of the ordinary soldier at the time."