At 0620 on November 20, the Allies began their advance on Cambrai. Waves of Allied tanks and infantry quickly overwhelmed the enemy at the Hindenburg Line.   At 1010, the 29th Division began its advance. The men easily advanced to the Hindenburg Support Line. At this point they encountered enemy machine gun fire and suffered their first casualties.

During this advance, the four tanks accompanying the 29th Division were disabled. However, the Newfoundland Regiment pushed ahead, clearing out small German garrisons hiding in the deep dugouts of the Hindenburg Support Line. The men continued their advance to the St. Quentin Canal, west of Masnières. There, the Regiment came under fire from the enemy's defences. With the support of another tank patrolling the area, the men captured the canal lock by approximately 1330.

The Essex, which had been assigned to advance on Masnières from the right, had not begun its attack because of delays earlier in the battle. Despite this, the Newfoundland Regiment attacked Masnières from the left, advancing along the banks of the canal. By sunset, troops had reached the edge of the village. During the night, small groups of men from the Regiment and other battalions worked in "mopping up parties" to clear Masnières of the enemy. By the next morning, all but a few patches of the village were in Allied hands.

The Allies had managed to advance six kilometres during the first day of the battle. However, the territory they had claimed formed a salientA salient is a piece of land exposed on three sides to the opposing force making it difficult to protect.. 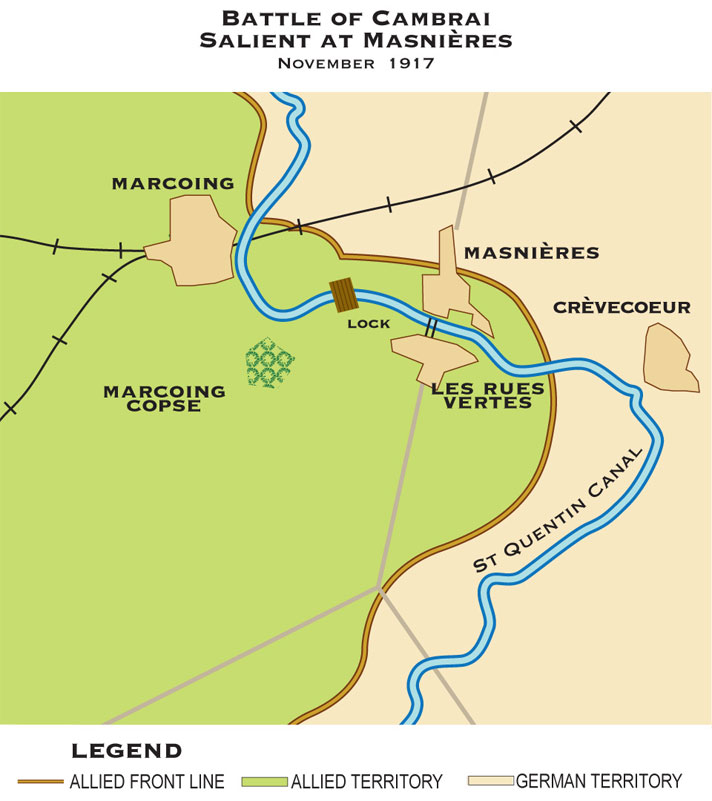 On November 21, the 29th Division was preparing to continue its offensive towards the Masnières-Beaurevoir Line. The Newfoundland Regiment was ordered to proceed to an abandoned sugar factory. On the way, a lone shell hit the marching men. It killed ten of them and wounded another fifteen. Among the dead were Provost Sergeant Walter Pitcher,   one of the "Heroes of Monchy" (see Battle of Arras), and Lance-Corporal John Shiwak,   an Inuk from Rigolet, Labrador. 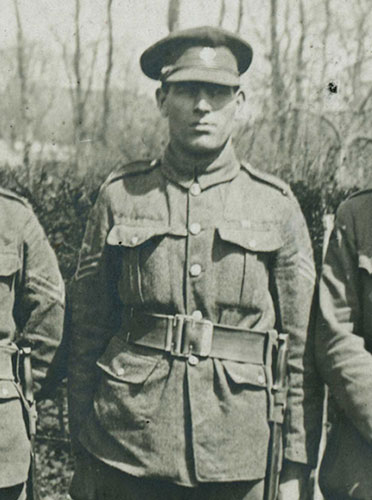 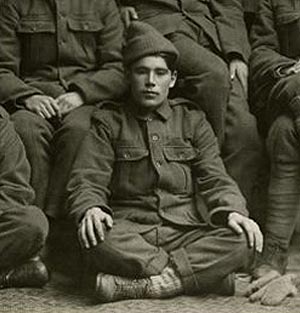 The attack the 29th Division had been preparing for never materialized. It was determined that the troops were too tired to proceed and there were no reinforcements to replace casualties. The advance on Cambrai had slowed. In the fighting from November 20 to 21, fifty-four men from the Regiment were killed and another 184 wounded. The Allies were now on the defensive to keep the territory they had gained.

On November 22, the Newfoundland Regiment was put on reserve in the nearby town of Marcoing. Troops rested three days before proceeding to man trenches north of the canal.   On November 29, the men returned to Marcoing. 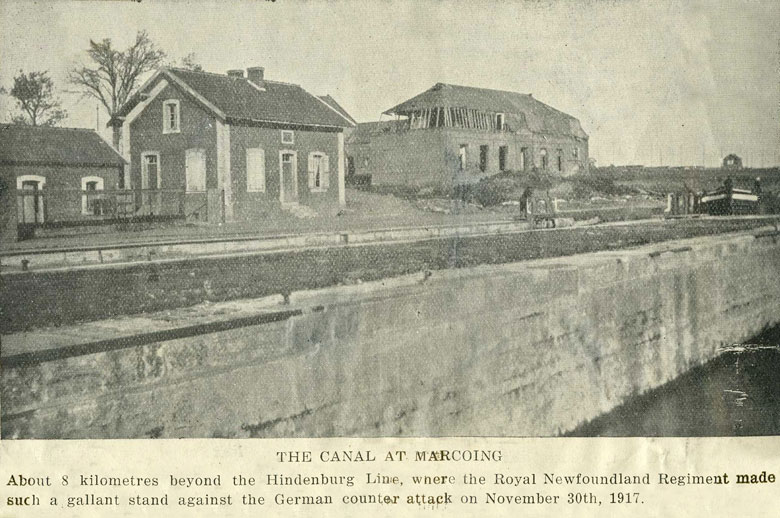 On the morning of November 30, the Germans launched a counterattack. They bombarded Marcoing and attacked to the southeast of Masnières.

The Newfoundland Regiment was ordered to proceed to the front to help stop the German advance. The Regiment was surprised to find the enemy had advanced as far as Marcoing Copse. The men engaged in hand-to-hand combat to push enemy troops back, thus preventing them from cutting off the Allied forces holding Masnières. The day's fighting cost the Newfoundland Regiment fifty-seven men killed and seventy-four wounded.