At 0700 on July 1, 1916 the Allies' shelling intensified. The bombardment was reportedly heard in north London, nearly 322 kilometres away. At 0720, the shelling ended as the Allies detonated 18 500 kilograms of explosives under an enemy strongpoint at nearby Hawthorne Ridge.   British troops were given ten minutes to reach and occupy the crater caused by this explosion. As they moved, so did the Germans, who readied their defences and machine guns. 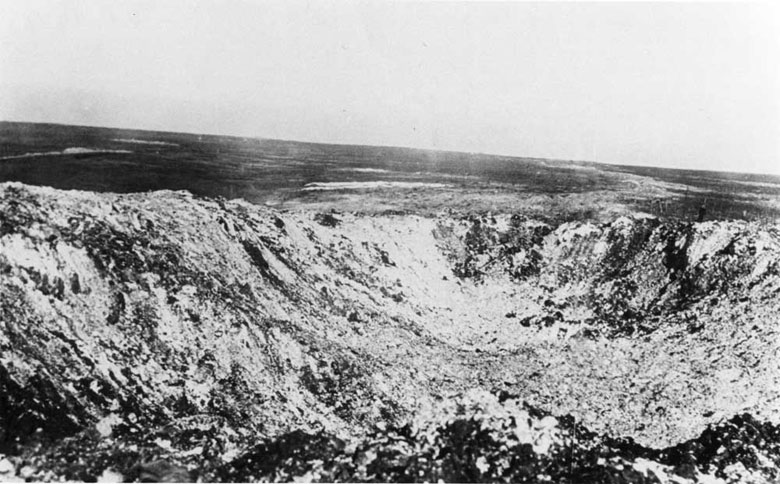 Zero hour was 0730. At Beaumont-Hamel, battalions of the 86th and 87th Brigades ran up the trench steps and onto the battlefront. As ordered, the Newfoundland Regiment remained in the trenches.   Ahead of them, the 2nd Battalion of the South Wales Borderers began its attack. As soon as the men moved out, many were shot down. Wounded men began falling back over the parapet and soon filled the trenches. 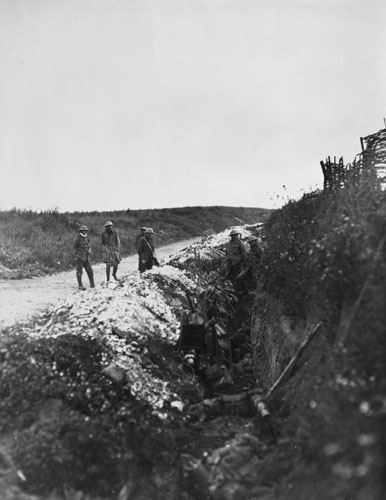 By 0800, there was confusion along the Allied lines. The first two attack waves had not been successful. British generals, however, were receiving conflicting reports from the battlefield.

Half an hour later, there was a lull on the battlefield. Although the 86th and 87th Brigades had not achieved their objectives, the Newfoundland Regiment received orders at 0845 to advance.

At the time, the Regiment was still in the support trenches behind the planned jump-off point. Moving through the trenches crammed with wounded men had become difficult. It was decided the Newfoundland Regiment should proceed over land instead of through the trench system. This meant the men would have to cross an additional 250 metres of their own ground to get to "No Man's Land".

"A" and "B" Companies of the Newfoundland Regiment moved first. Almost immediately, men began to fall as they were hit by machine gun fire. Many men fell before reaching the British front line trench. Those who did make it that far then had to pass through pre-cut gaps in the British wire. The German machine gunners had these gaps targeted. It was later reported that during this interval the intense firing caused some of the German machine guns to overheat.

Behind these men, the soldiers of "C" and "D" Companies were beginning the same journey. Major A. Raley   later commented that: "The only visible sign that the men knew they were under this terrific fire was that they all instinctively tucked their chins into an advanced shoulder as they had so often done when fighting their way home against a blizzard in some little outport in far off Newfoundland."

The Newfoundland Regiment's official War DiaryThe official account of the daily events of the Regiment. reported:

"The enemy's fire was effective from the outset, but the heaviest casualties occurred on passing through the gaps in our front wire where the men were mown down in heaps. Many more gaps in the wire were required than had been cut. In spite of losses, the survivors steadily advanced until close to the enemy's wire, by which time very few remained. A few men are believed to have actually succeeded in throwing bombs into the enemy's trench."

At 0945, the Newfoundland Regiment's Commanding Officer reported to headquarters that the attack had failed.