In the spring of 1918, a major German offensive forced the Allies back several kilometres, enabling the German Army to capture hundreds of square kilometres of territory. In July, the Allies began a series of offensives to recapture this territory.

The actions during this period are frequently referred to as the "Last Hundred Days". This does not refer to a specific battle, but rather a series of Allied victories leading to the Armistice of November 11, 1918.

The Royal Newfoundland Regiment, which had been transferred to the 28th Infantry Brigade of the 9th Scottish Division in September 1918, was part of this action. Click the red tabs in the image below to follow the progress of the Regiment. 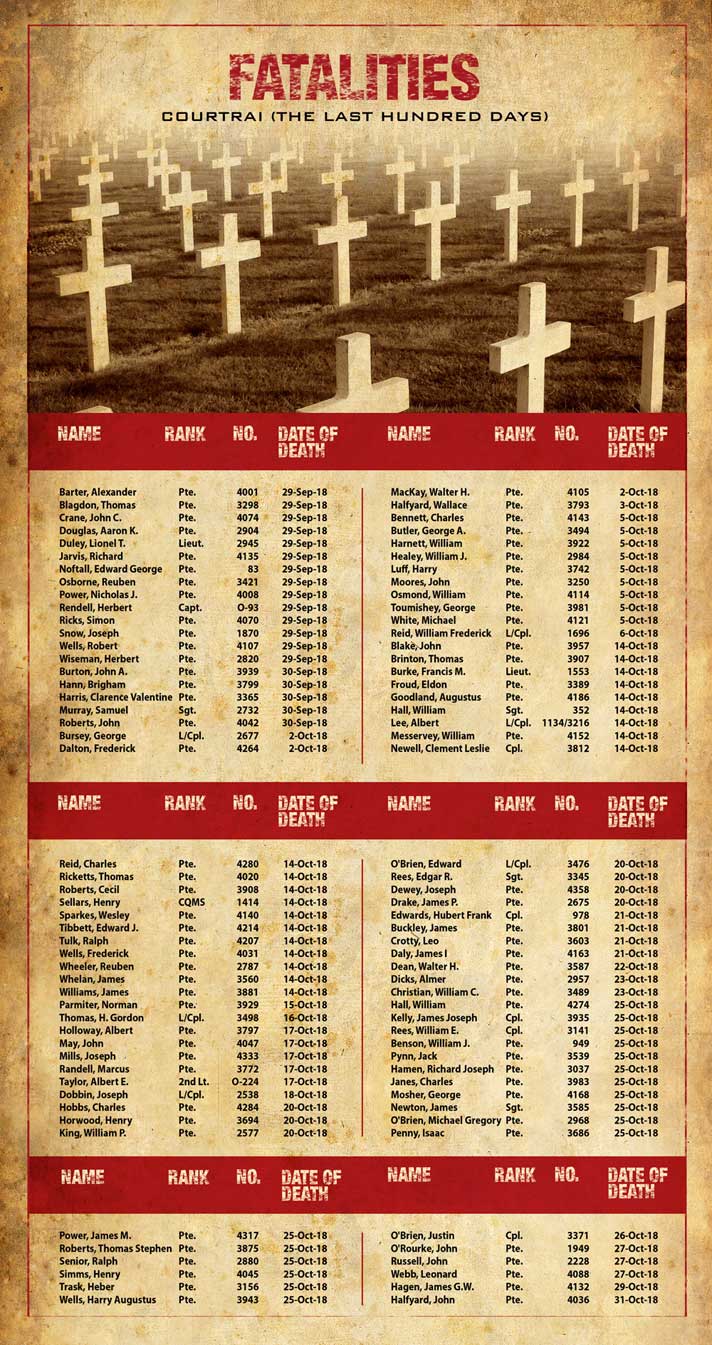