By 1916, both sides were locked in a stalemateA situation where neither side makes any significant progress.. The Allies planned a major offensive to break the deadlock. However, before they launched their offensive, the Germans attacked Verdun, causing the French to reduce their efforts elsewhere. As a consequence, the British revised their plan, deciding to concentrate their forces along a forty kilometre portion of the front in the Somme valley. 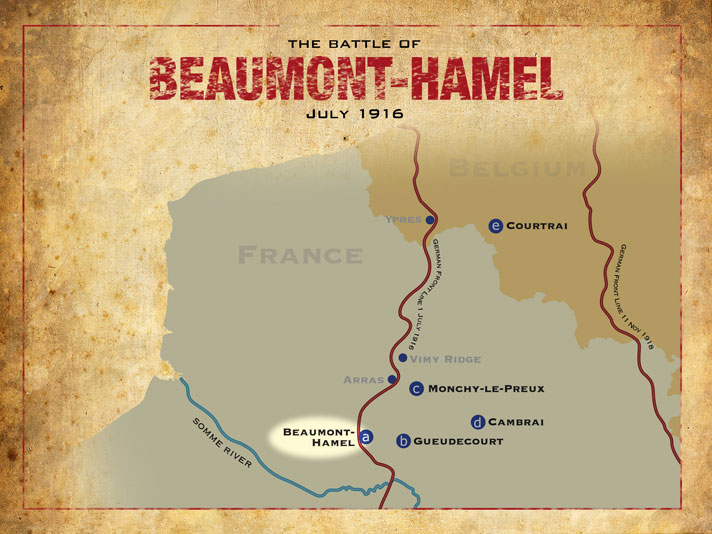 * The Battle of the Somme consisted of twelve separate battles fought between July 1 and November 18, 1916. The Battle of Albert refers to the first two weeks of fighting on the Somme.