The role assigned to the 88th Brigade in the Battle of the Transloy Ridges was to seize two main German trenches near the village of Gueudecourt. The Newfoundland Regiment was to advance with the Essex Regiment on its left. Their first objective was the heavily fortified "Hilt Trench", 400 metres away. Once this was secured, the Regiment was to continue another 400 metres and capture the enemy's second-line "Grease Trench". This advance would use a new military tactic — the creeping barrageA creeping barrage involved placing a curtain of artillery shells in front of the advancing troops. This "curtain of fire" provided cover to the men as they moved forward. At regular intervals, the shelling moved forward, allowing the soldiers to catch up.. 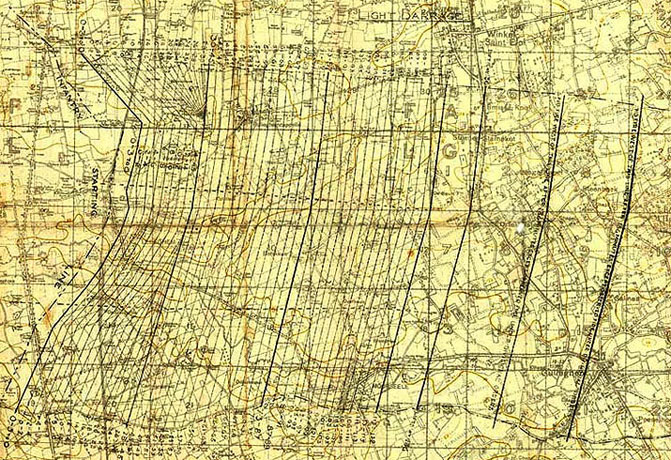 Creeping Barrage Map
Each line on the map represents the next movement of the troops. The troops were expected to move approximately 100 metres every two minutes.