It was not long before Newfoundlanders and Labradorians began to feel the economic effects of the First World War. The war brought a high demand for steel ships and many St. John's merchants profited by selling their vessels. This directly impacted the shipping of supplies to Newfoundland and Labrador. Consequently, people experienced shortages of some supplies and higher prices for others.

Fortunately, as prices for supplies rose, so did the price of cod. The war had disrupted the European fishery, creating a high demand for Newfoundland and Labrador fish. By 1918, the colony's economy was "booming" — government revenue for the year ending June 1918 was $6.5 million. This left the government with a surplus of over $1.1 million, at that time the largest surplus in Newfoundland and Labrador's history. 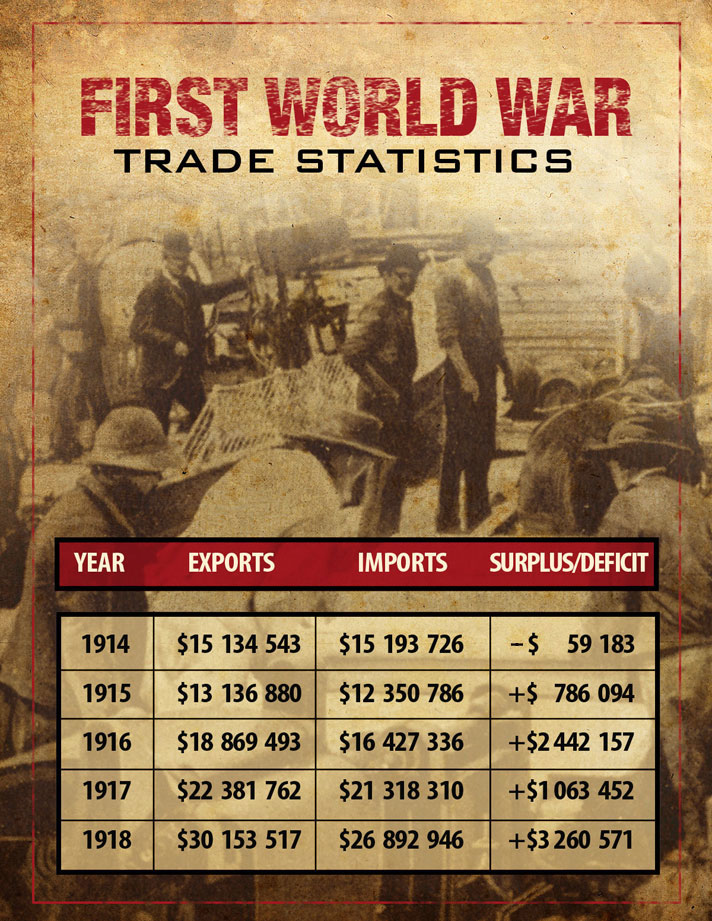 This wartime boom would not spare Newfoundland and Labrador from the economic challenges that lay ahead. When the colony entered the war, its public debt was $30.5 million. During the four years of war, the government borrowed an additional $15 million to pay for war costs, increasing the public debt to $43 million.

By 1918, almost a quarter of the colony's revenue was needed to pay the interest on its loans. In addition, government now faced the cost of paying pensions to returning servicemen.

This increasing public debt would have major effects on Newfoundland and Labrador both in the short and long term. To help cope with the debt, government introduced both business and personal taxes. At the time, the public thought that this personal income tax was a temporary measure!