The Battle of the Somme continued through the summer and fall of 1916. The Allies had hoped for a quick breakthrough on the German front. However, by the end of September, the Allies had gained fewer than eight kilometres of territory. Both sides had experienced large losses; each day of fighting averaged a combined 8500 casualties. 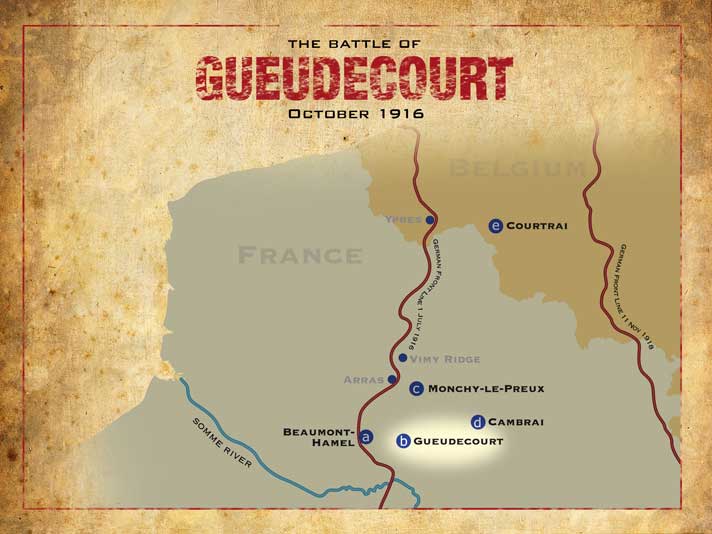 * The Battle of the Somme consisted of twelve separate battles, fought between July 1 and November 18, 1916.