Following the First Five HundredThe first land contingent actually consisted of 537 men.'s departure in October, work continued on Newfoundland and Labrador's contribution to the war effort. To ensure reinforcements would be ready for the Regiment when required, the Reserve Force CommitteeAppointed by the Patriotic Association, the Reserve Force Committee held its first meeting on October 23, 1914. The committee's mandate was to enlist and train men to maintain the Newfoundland contingent. In November the Army Council announced a requirement of fifty percent reserves. Based on the strength of the First Five Hundred, the committee decided to raise 250 men. of the Patriotic Association of NewfoundlandThe Patriotic Association of Newfoundland was a committee of more than 50 citizens appointed by the Governor. The committee members represented all political views.

The committee was formed to carry out the functions of raising, equipping, transporting, and caring for the land contingent dispatched from Newfoundland and Labrador to fight in the King's service in Europe. It was also responsible for enlisting and equipping men who were to be used for home defence. began its second recruiting campaign on November 30, 1914. 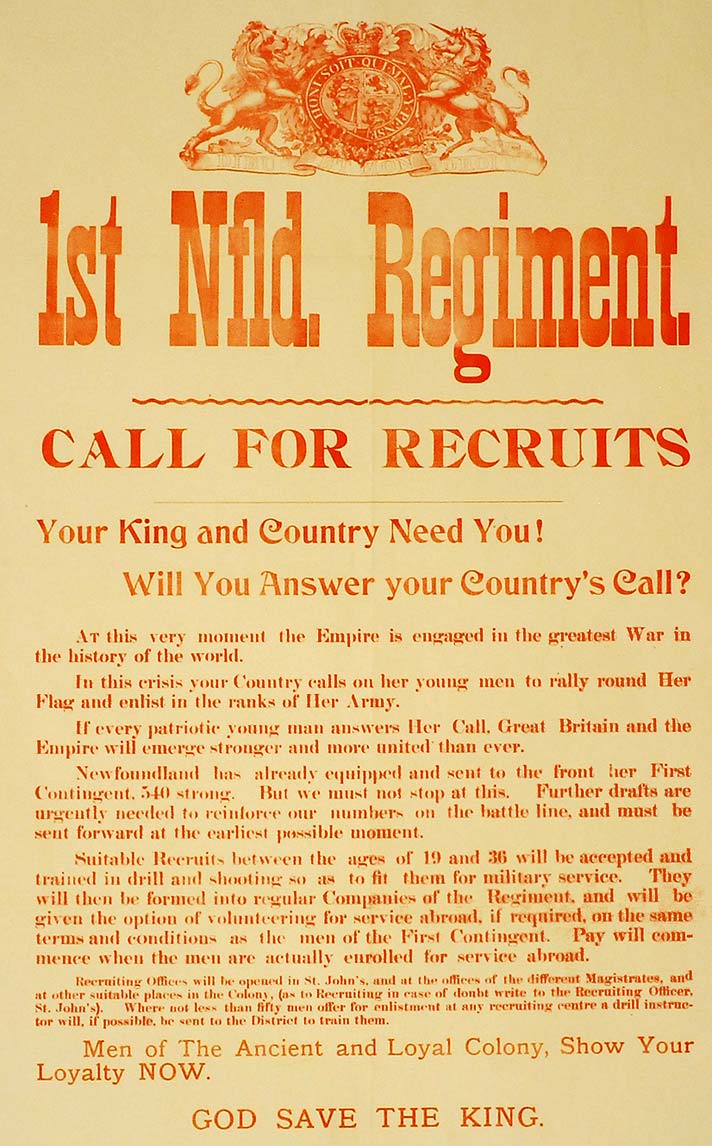 Its initial goal was to recruit 250 men. On the first night of the campaign, 182 men enlisted. This number rose to 514 by the end of the week and to 686 by December 21. However, only 193 of these men met all of the enlistment requirements and passed their medical exam.

It was noted that nearly ninety percent of new recruits came from St. John's. To help recruiting efforts in the outports, the Reserve Force Committee created a special recruiting team to visit some of the more isolated communities. The team's first trip yielded fewer than fifty recruits as many of the men they were targeting were away for the winter fishery.

This campaign was considered so successful, however, that while the goal of 250 recruits had not yet been reached, the committee recommended enough recruits be accepted to bring the contingent to full battalion strength.     While future trips were more successful, St. John's continued to provide a higher proportion of recruits than other districts. 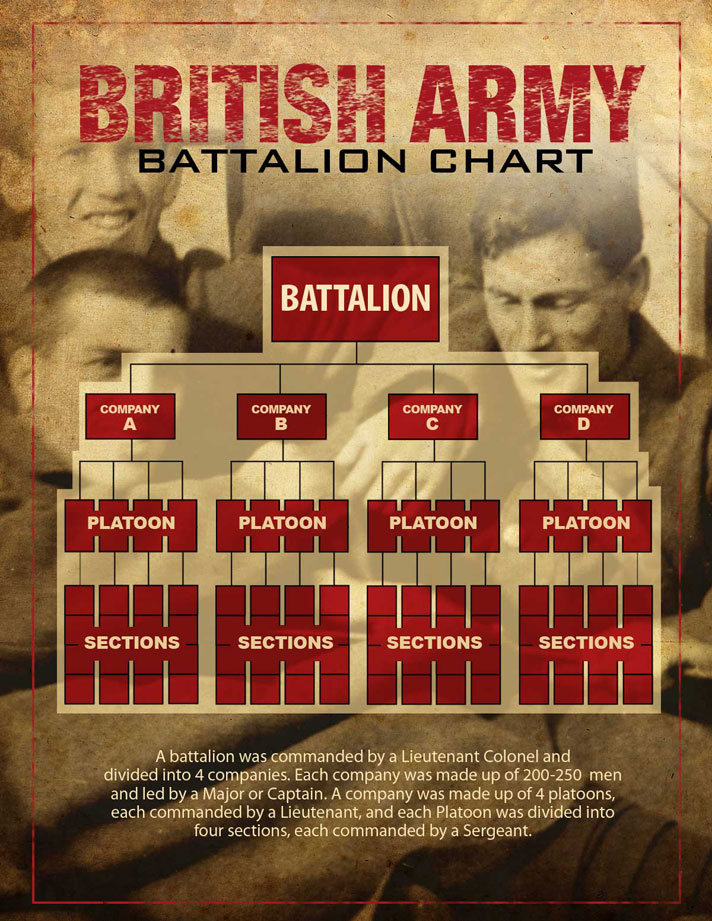 There are a number of factors that may have contributed to higher enlistment rates from St. John's. In St. John's, manufacturing and trade employed almost half of the population. However, wages were often low and many men were unemployed. For these men, the opportunity to earn $1.00 per day with the Regiment was enticing.

In the outports, many families simply could not spare their men to fight. Most men were employed in the fisheries and were needed to help meet the needs of the family. In addition, people in isolated communities often felt distanced from both St. John's and the war.

These points were expressed in a 1917 letter from Dr. Harry Paddon, the Grenfell Mission's main physician from 1912 to 1938, to the St. John's recruiting office. Intending to brief them on the situation in Labrador, he wrote: "At the time the war broke out, Sir, you must know that a number of people down here literally did not know which side they were on!" He also added that "the lack of any resident administration, worthy of the name, on this Coast; and the constant chaos, neglect and injustice ... remain a constant deep resentment, and certainly add greatly to the difficulty of recruiting". He continued to say that there were a number of "natural snipers" in Labrador, but they would be hard to recruit.

Another reason that more outport men did not enlist in the Newfoundland Regiment was that many of them were drawn toward service on the sea instead of land. Of the 1964 men enlisted in the Royal Naval Reserve, 1628 (83%) were from outside of St. John's.

One of these was Alfred Le Valliant, an engineer from Port aux Basques. In his enlistment letter to the Recruitment Office, he voiced the feeling of many when he wrote: "...I am no slacker, my interest has always been with ... the Navy, because it's a part that I know most about..." 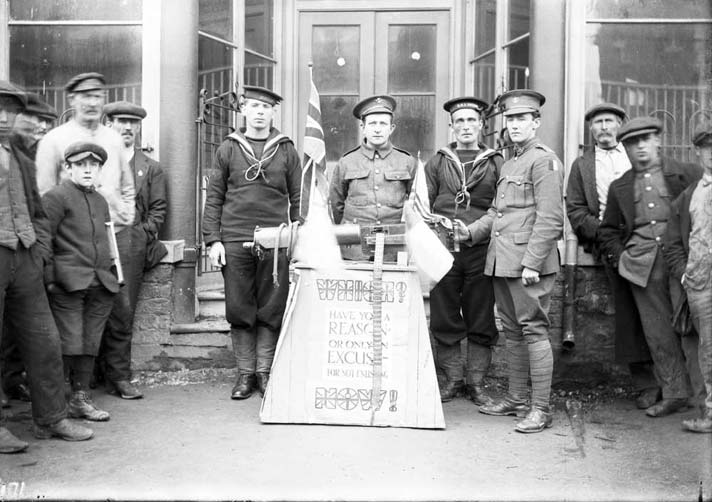 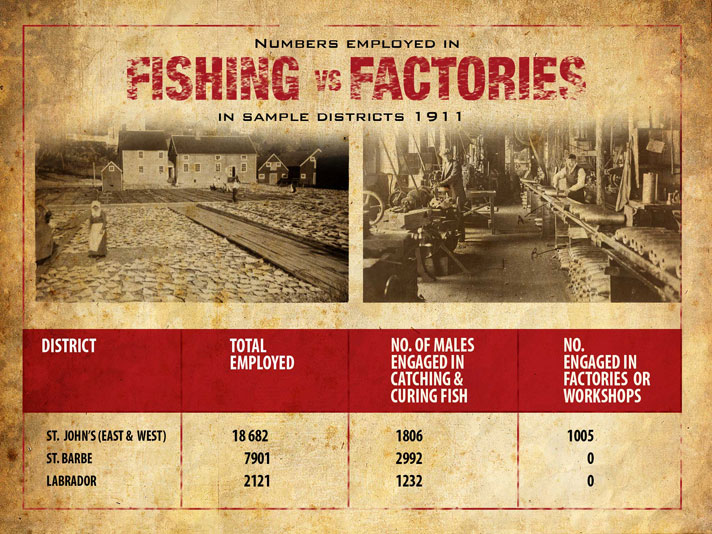 Recruiting efforts continued throughout the war. However, over time the number of recruits dwindled.   In 1917, the newly formed Department of MilitiaFormed by the Government, it took over the duties of the Patriotic Association in August 1917. It assumed responsibility for administering all matters relating to the military establishment in Newfoundland and Labrador. One of its first concerns was to provide reinforcements for the Regiment overseas. expressed its concern that recruiting was not filling the Regiment's requirements for reinforcements.

By the beginning of 1918, more than 8000 Newfoundlanders and Labradorians had volunteered for the war effort. However, with declining enlistment rates, it was decided that the introduction of conscriptionConscription is the compulsory or mandatory enrollment of persons for military or naval service (sometimes referred to as the "draft"). would be the only way to ensure there would be enough new recruits to replace the Regiment's losses.

By spring of 1918, the Newfoundland Government was considering the possibility of introducing conscription as a way to ensure the Royal Newfoundland Regiment received enough reinforcements to continue as a Battalion. This gave rise to much public debate on the pros and cons of conscription. Here are some examples of the different viewpoints: 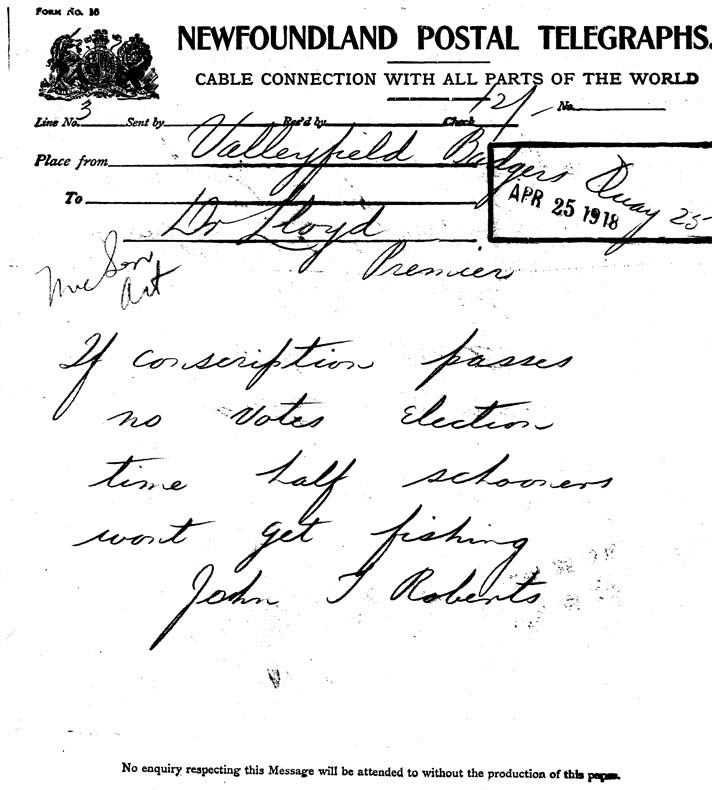 For Conscription (Transcript below Letter) 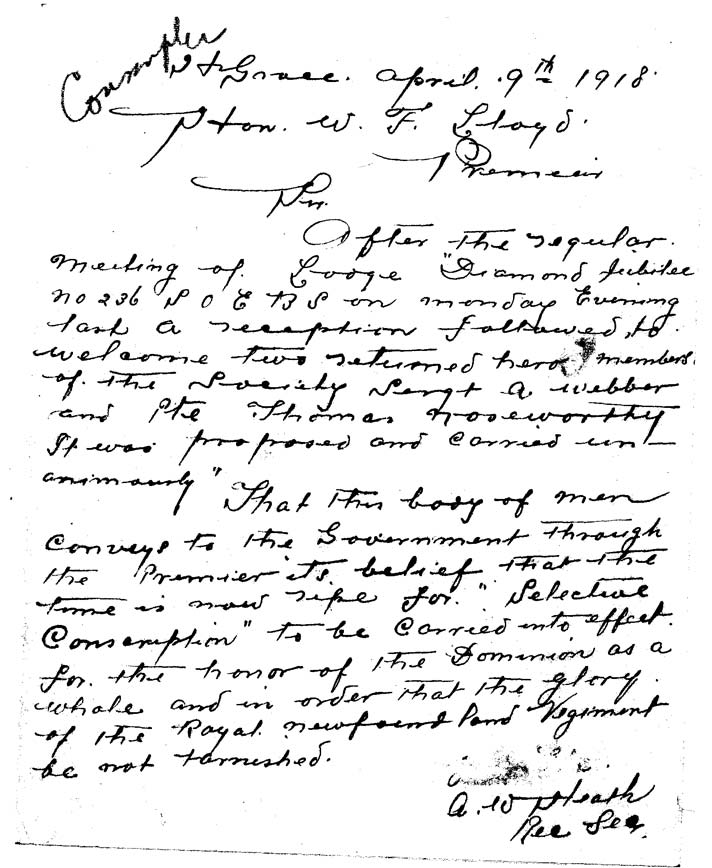 Sir,
After the regular meeting of Lodge Diamond Jubilee no. 236 Sons Of England Benefit Society on Monday evening past a reception followed to welcome two returned hero members of the Society, Sergt. A. Webber and Pte. Thomas Noseworthy. It was proposed and carried unanimously.

"That this body of men conveys to the Government through the Premier its belief that the time is now ripe for "Selective Conscription" to be carried into effect for the honor of the Dominion as a whole and in order that the glory of the Royal Newfoundland Regiment be not tarnished."

On May 11, 1918, the Newfoundland Government passed the Military Services Act to draft unmarried men between the ages of nineteen and forty. While 3629 men were conscripted under this Act, only 1573 were accepted into the Regiment. However, none of these conscripts reached the front before the end of the war.