Once the Newfoundland Government pledged its support to Great Britain at the outbreak of the war, other political parties also began to offer support. However, by July 1917, traditional party differences and other issues were making it more difficult for the government and the Newfoundland Patriotic AssociationThis non-denominational, non-partisan citizens' association, assumed responsibility for managing the war effort. It operated outside of parliament and was therefore able to side-step many political issues. to operate effectively. Prime Minister Morris responded to the situation by postponing the 1917 election and forming, from a coalition of all parties, a National Government. The Department of Militia was also created to assume the responsibilities of the Newfoundland Patriotic Association in managing the war effort.

This new government was soon put to the test. While the issue of whether or not to bring in conscription was being hotly debated, Prime Minister Morris abruptly left his position and moved to England.   Although the National Government stayed in power until after the war, several of its members broke rank and formed an opposition party. 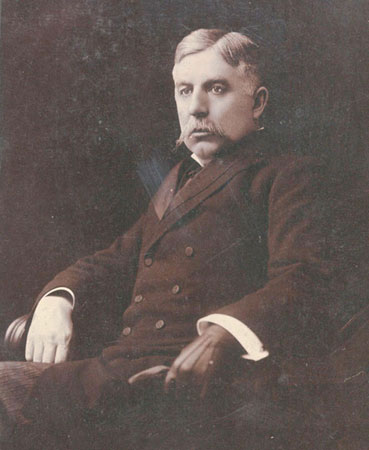 A period of political instability followed. During the 1920s, some administrations lasted only days before shifting alliances brought them to an end. This rapid turnover of administrations made it difficult for politicians to work together to face the serious economic problems the colony was beginning to face.

By 1932, the Newfoundland Government was in serious financial difficulty. This was compounded by the Great Depression. The government found it necessary to bring in strict cost-cutting measures. Among these was the decision to cut war pensions — by as much as one-third in some cases. The public was incensed. This act, along with a series of other issues, spurred citizens to action. In April 1932, a demonstration against the government turned into a riot at the Colonial Building.   By 1933, the colony was almost $100 million in debt. The government turned to Great Britain for help. Thus began a series of events that would lead Newfoundland and Labrador to confederate with Canada. 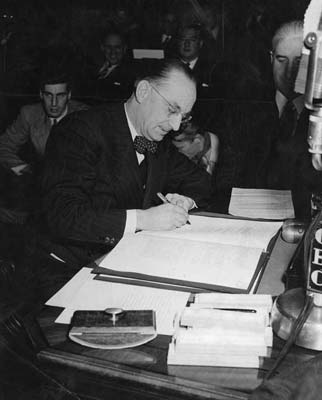 Although many factors influenced Newfoundland and Labrador's choice to join Canada, most historians agree that the colony's involvement in the First War World was a significant underlying factor. Historian Patrick O'Flaherty noted, "It is apparent ... how Newfoundland got itself into financial trouble. It was not mainly through post-1920 extravagances such as ... road building or ... town halls and bridges. Fighting England and France's war with Germany and paying related costs thereafter were crippling expenditures."