When the Battle of the Somme failed to bring the Allies a breakthrough, they began planning another major offensive for the spring of 1917. This would be a two-part attack. The British would move on the German positions east of the French city of Arras. One week later, the French Army would take on the Germans east of Paris.

The British part of this campaign became known as the Battle of Arras. It opened on April 9 with the First Battle of the Scarpe — an attack along twenty kilometres of the German line near the Scarpe River. On the first day, the British advanced three kilometres. To their left, the Canadian Corps captured most of Vimy Ridge, a major German stronghold.

The next day, the British advanced another two kilometres but faced fierce German resistance. By April 11, the British advance had slowed with one notable exception: The 37th British Division had reclaimed the village of Monchy-le–Preux from the Germans. Located on top of the highest ridge in the area, the village was in a strategic position. However, its capture had created a salientA salient is a piece of land exposed on three sides to the opposing force making it difficult to protect..

During this action, the 29th Division was being held in reserve. It was called to the front on April 14. 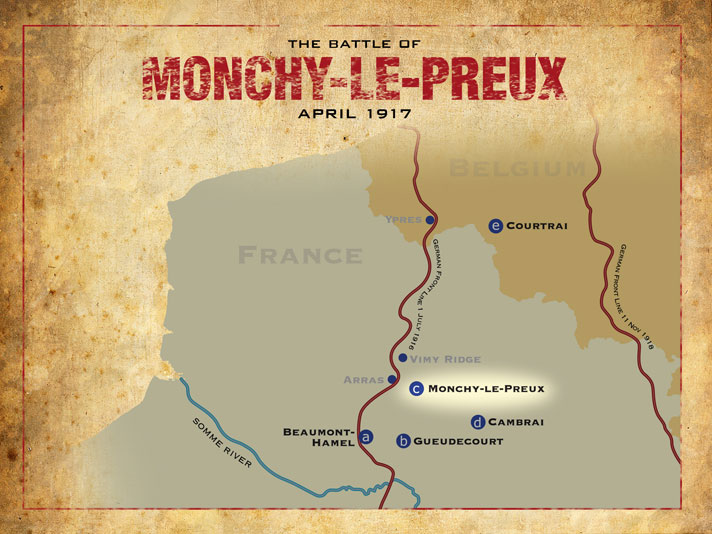