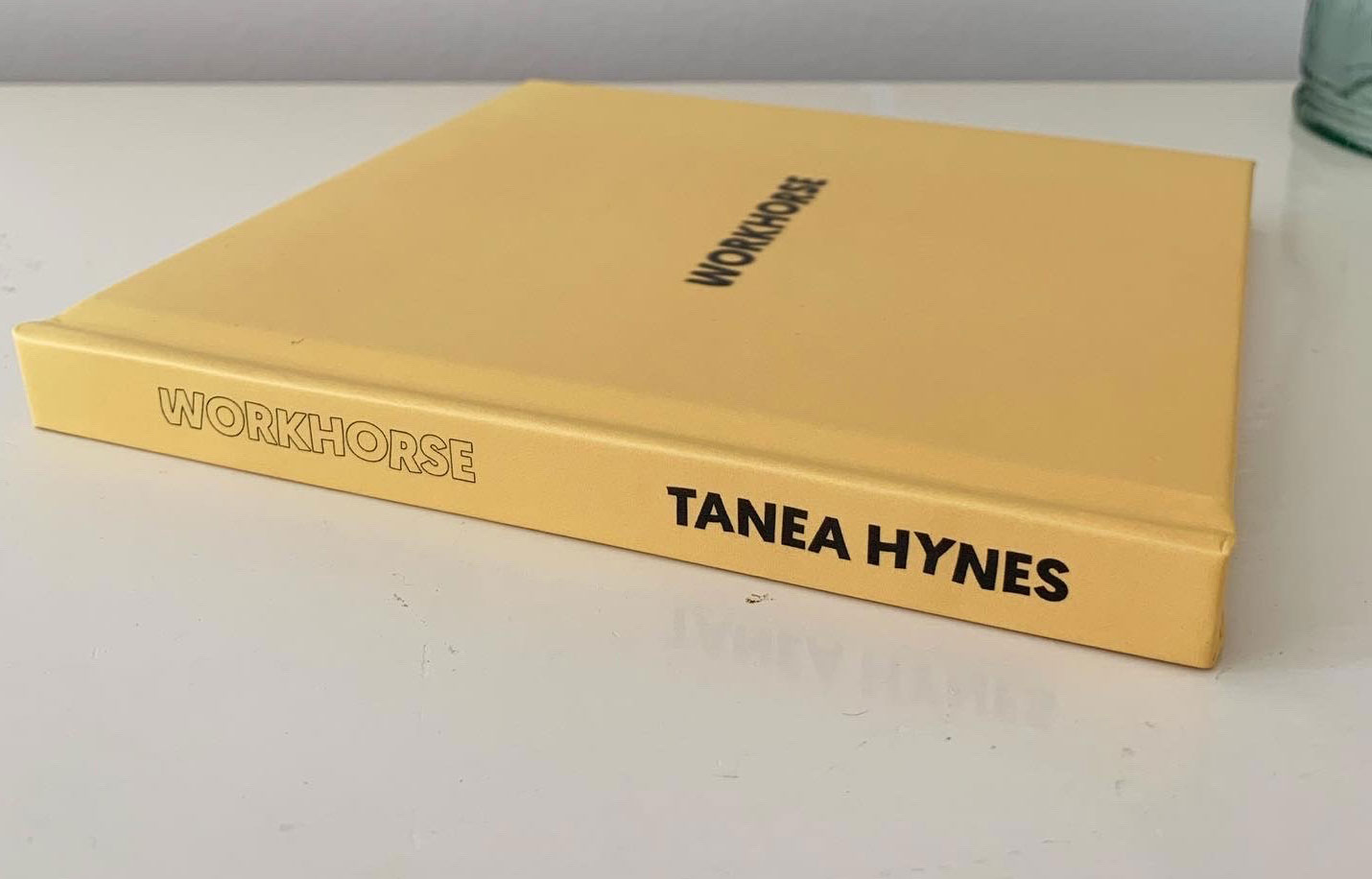 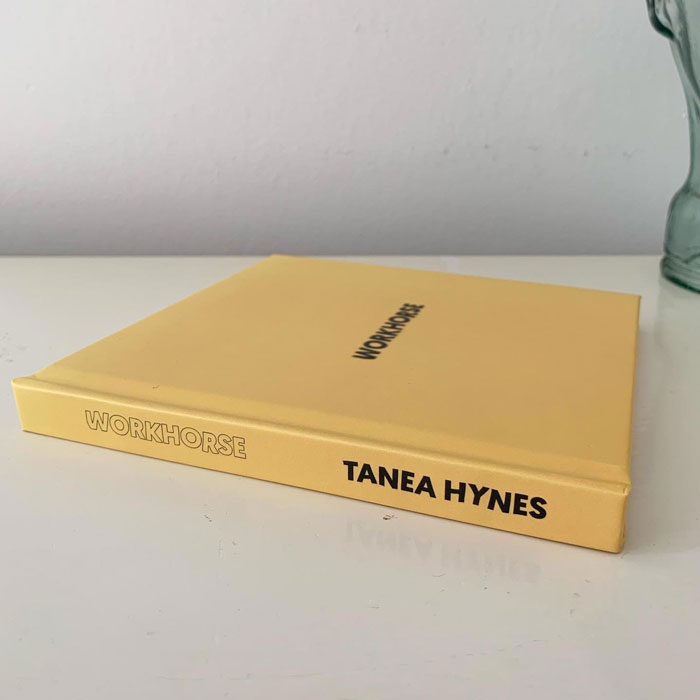 “Tanea is the recipient of the 2020 Elbow Room Residency at The Rooms. Her application was centered on a growing body of research about Labrador City. She is guided by personal experience in the area and with the region’s extractive mining industries. With an interdisciplinary practice, including photography, artist books, objects and drawings produced with experimental iron ore materials, Tanea hoped to make use of the Elbow Room Studio to take on some larger projects. See how she is making the best of an unfortunate situation below and watch for her exhibition at The Rooms in early 2021.”

You were barely a month into your Elbow Room residency at The Rooms when the facility had to close due to stay-at-home measures in the province. Can you tell us a little bit about your research and practice?
My practice is photo-based, but is very interdisciplinary. I think my practice thrives through learning and experimenting with new media and venturing into unfamiliar territory. It’s impossible for me to think in terms of photos alone, so I often hesitate to even call myself a photographer. At this point photos are just a very valuable tool for myself as an artist. For the past several years I’ve been working on a project about Labrador West and the mining process which keeps the town chugging along. I was born there, grew up there, and have spent the past 4 summers working in the mine as a truck driver. My work explores my own experiences with questions of labour relations, the ethics of resource extraction, and ultimately, the culture of survival through late-capitalism in a very isolated, subarctic company town.

What first drew you to these areas of enquiry?
It felt natural to talk about Labrador City in my work because after moving away to attend university, I quickly discovered that the (oftentimes) mundane and difficult experience of growing up there was actually quite unique and worth talking about.

While working at the mine though, I started to feel very furious about the whole thing. I started to think about how relentless and unforgiving the mining industry is, while also knowing that we all rely on it to survive. I quickly realized that I was just a numbered cog in this unfathomably large machine. It never, ever sleeps, and it seriously pushes workers to the edge. It can take away any sense of individuality that you might have. It’s difficult and demanding work, and it does a number on your mind and body. Even though the industry has provided for me and my family in a significant way, the desire to make art about it truly came from a place of frustration.

I remember driving during a shift once and thinking “I have to somehow express this extraordinary experience in my work, there is no other choice”, and it’s taken almost 4 years to get to this stage of it. It can be hard to grasp your own experiences, and to spend enough time reflecting on them, especially when it can be highly emotional, to try and make something that “makes sense”... whatever that means.

How have you been managing such a significant shift mid-residency?
When I had to suddenly move out of the studio in The Rooms it obviously put a huge damper on my work, I moved back to St. John’s just to work in that space. So it’s kind of been halted since then, but I’m still finding small ways to at least be creative in other ways. I’m trying to make the best of it.

This project has been on-again, off-again for several years now, so it’s oddly something I’m used to, and I think I benefit from periods of reflection and stasis. I don’t tend to make art during tough times (like while working in the mine) rather I will find a way to back to those feelings when life calms down again. I was just about to start some large-scale work in the elbow room that I just can’t make happen in my bedroom. I’m finding it impossible to focus inwards and on my own work when the world is experiencing such collective hardship. I’m not pushing myself, because I’ve found that just doesn’t work for my personal art practice, but I’m definitely ready to bring this project in particular to a close soon. I will find my way back to the work like I have before. Of course it’s always in the back of my mind. I’m just trying to stay sane!

I understand you are in the early phases of a book about the town of Labrador City and the Carol Mine project and you are reaching out to the community for resources to support this project. Can you share a little bit about the project and how community could support you?
Yes, the book is near completion, and I finally have the first draft in my hands. It’s a book of photos, my own as well as some archival, among other things, and some brief, anecdotal writing. It’s called “workhorse”, and will accompany the show at The Rooms of the same title. I heard the word used to describe the mine trucks themselves during workplace training last summer, and I knew instantly it had to be the title. The book was barely an idea at that point. Hearing that word was a kick starter for sure.

With the extra time, I’ve been searching for physical objects, Labrador City and Carol Project “ephemera”, to add to the book, so I’ve been getting a lot of feedback on that request from Labrador West residents as well as from expats. I also like to steadily consult with people I’ve worked with at the mine, who’ve now become close friends, and with anybody who’s lived there or even visited there. The input is super valuable to me and pretty free of art-world bias. When I go home and go out to a bar people always want to talk to me about it, and share their thoughts and feelings openly with me, even if we don’t really know each other. It’s kind of a beautiful thing. My conversations somehow always end up being about Labrador City. It’s borderline obsessive. I’m thankful for the response so far.

In terms of community support, all I really need is to know that people are interested in the work. I hope that in the end, people from Labrador West can feel connected to it, and others can form a better understanding of our collective experience. I think it’s no secret that art can be alienating for many populations. I’m trying to work against that in a sense.

Any good books, favourite albums, or go-to recipes that you think we should know about?
I recently picked up this Phaidon book called “Fake Love Letters, Forged Telegrams, and Prison Escape Maps” by Annie Atkins. It’s a book about the meticulous process of prop-making for films. It really inspired me and simply just made me want to make stuff with my hands. I also have returned to Radiohead’s “In Rainbows”, which I loved as a teen, and it is still probably my favourite album, it’s just so good and timeless. It’s like it was made on another planet - it probably was. There’s a live recording session they did of the entire album which was very formative for me as a kid, to see this mathematical and hyper-focused way of being creative really influenced me. I can still watch it like 4 times in a row, and I have been. Car Seat Head Rest also just put out a new album, which I like a lot! That band strikes a serious chord with me.

Who is a Canadian artist that you want to shine some light on?
My friend Cole is an amazing illustrator from Saskatchewan who deserves some love. His Instagram is @ColeDegenstein. 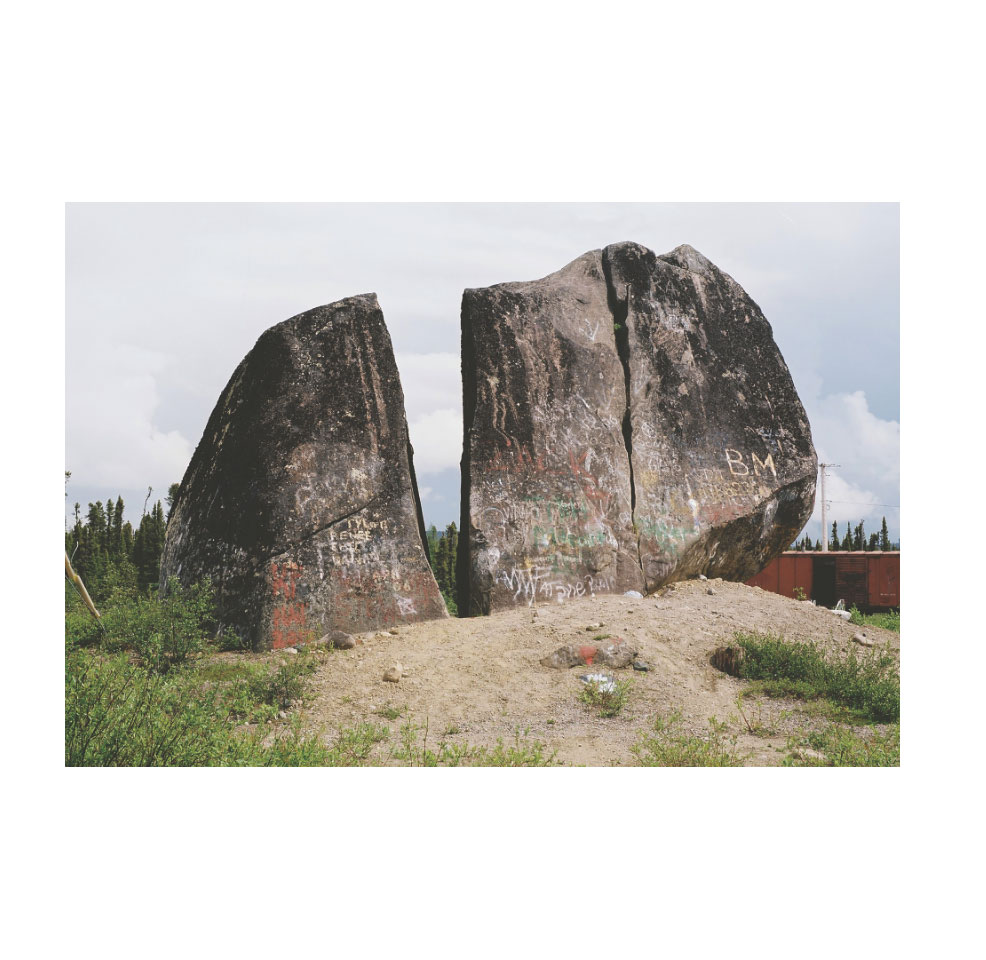