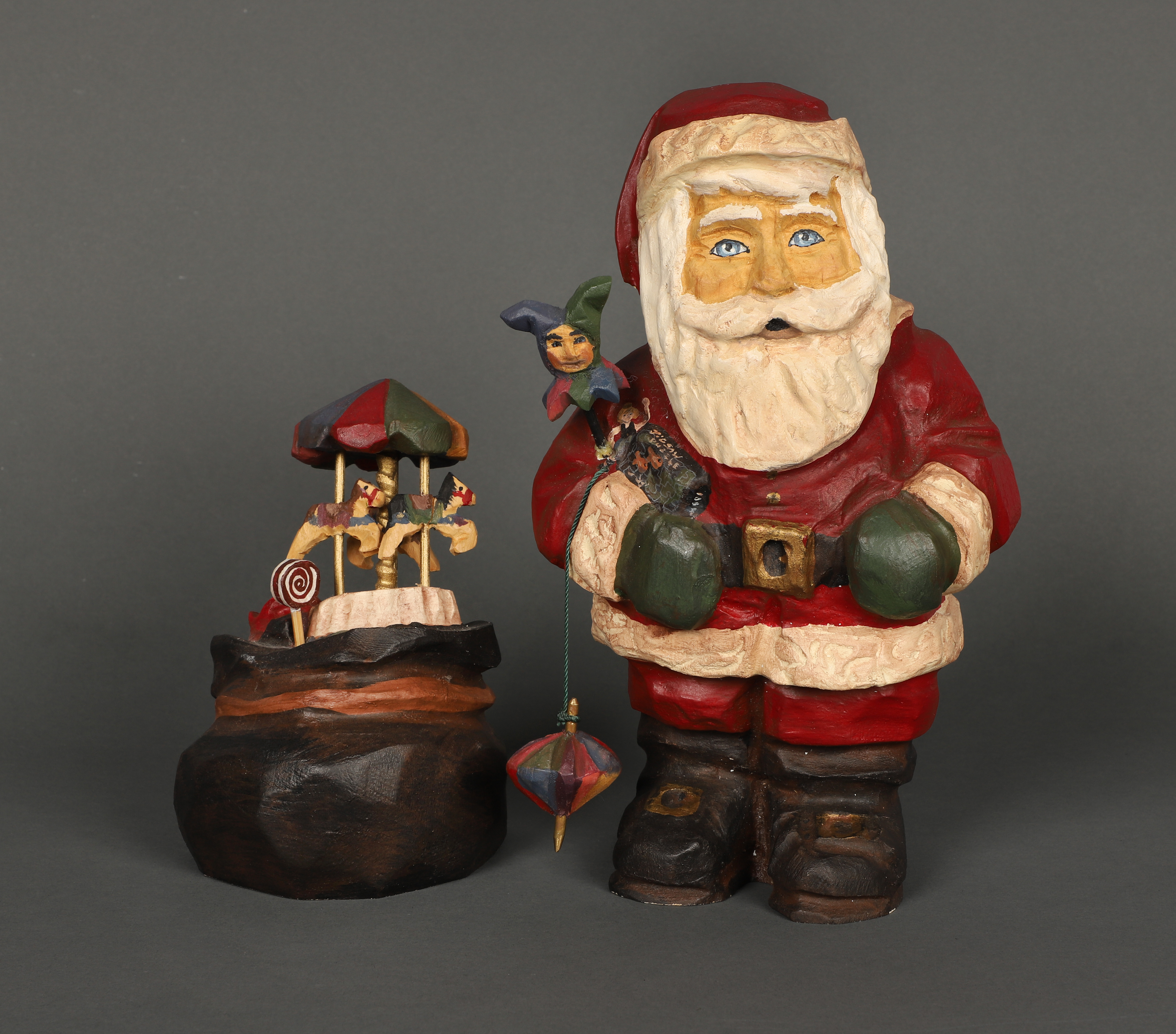 Celebrate the season with a festive display of historic toys from The Rooms collections and the original 24 wooden Santas carved by artist Imelda George. The Rooms is celebrating the 25-year anniversary of this classic children’s story written by Kevin Major, with photographs of George’s carvings by Ned Pratt.

To hear Kevin Major reading from this children’s classic, explore our programs.

Artist Imelda George (1964-) is from Cape Breton, Nova Scotia. She started wood carving in the early 1990s. Famous for her carvings of fishermen, angels and treasure chests, her Santas became especially beloved after being featured in the 1997 book “The House of Wooden Santas”, written by Kevin Major, with photography by Ned Pratt.  The story unfolds over 24 chapters, each meant to be read nightly leading up to Christmas. Kevin Major bought the first four Santas from George and then commissioned her to carve the additional 20 figures for the book.

About the Author of “The House of Wooden Santas”:

Kevin Major is the award-winning author of more than twenty books. He has written for both adults and young people—fiction, non-fiction, poetry, and plays. He resides in St. John’s, NL.

More about the book: 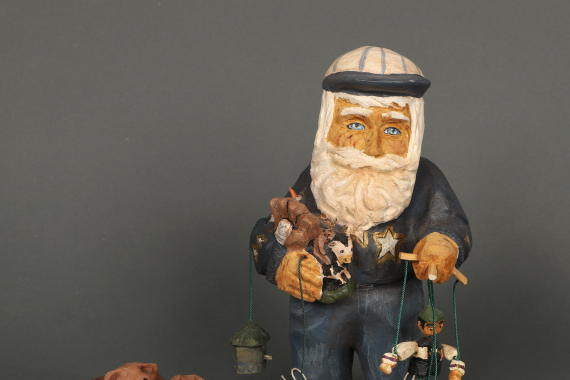 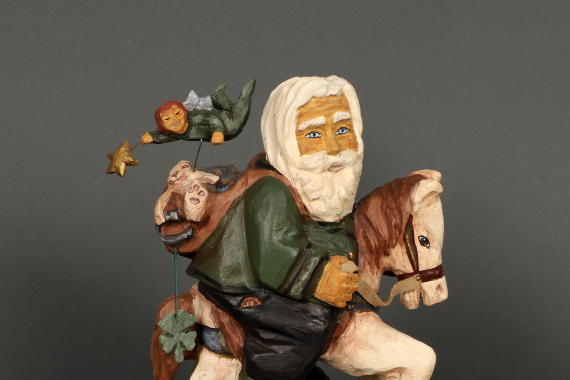 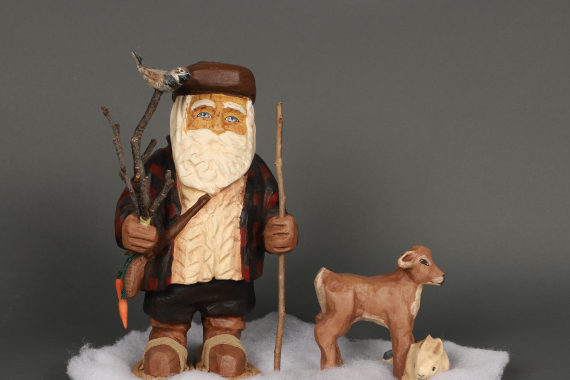