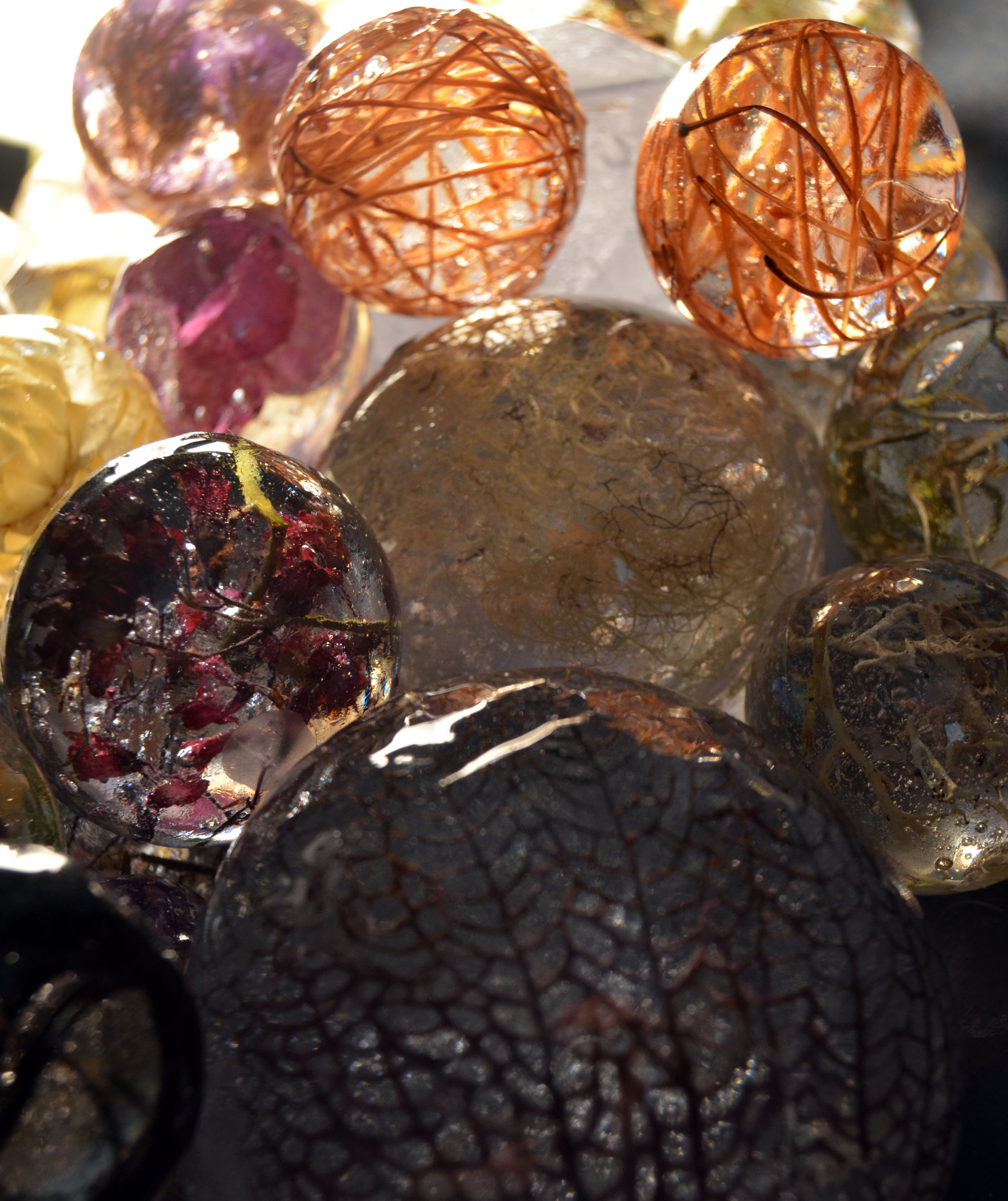 This exhibition is a space and time for dwelling on mortality, loss and cycles of rebirth. With bodies breathing and beating like finely balanced machines, it is oftentimes disconcertingly easy to die. Ailments and afflictions can veil themselves under the skin until it is too late. At the same time, bodies are hard-wired to survive. This makes their inevitable collapse even more difficult to reckon with.

Philippa Jones’ Suspended is an immersive installation consisting of large drawings and paintings, a celestial sculpture featuring thousands of cast orbs containing fragments of plants and animals, and interactive technology that gives viewers a unique perspective on the cycles of life. Visitors are invited to reflect upon their own ideas of loss, mourning and inevitable conclusions.

Time is pulled in strange directions, verging on the infinite or freezing in a never-ending instant – suspended – and it is in these moments outside of the flow of time that Jones gives the viewer a special control of reality. This reality is in a world where assorted flora and fauna are never fully dead and gone but also never living. It is a space to reconnect to the Earth, reckoning with an ecological grief and detachment from Nature and the natural, while trying to understand and question our emotional responses to physical inevitabilities.

A suspension never lasts forever; eventually, it all must end.

The exhibition will be accompanied by a publication with essays by award-winning Newfoundland author Megan Gail Coles and Darryn Doull, Curator of Canadian Art (The Rooms).

Philippa Jones has been a St. John’s-based artist since 2009. Prior to moving to Canada, Jones completed a BA in Fine Art and an MA in Interactive Art & Design at University College Falmouth (UK). Jones’ diverse art practice has included and sometimes combines printmaking, painting, pen and ink, animation, art games and interactive installations. Central to Jones’ work is the exploration of constructed realities, active myth making, wonder and the inquisitive mind. Jones has exhibited previously at The Rooms, as well as at The National Gallery of Canada (Ottawa, ON), the Beaverbrook Art Gallery (Fredericton, NB), and Two Rivers Gallery (Prince George, BC). Jones’ work is collected by the National Gallery of Canada, The Rooms, The Government of Newfoundland & Labrador and the City of St. John’s. Jones is the Executive Director of Eastern Edge Gallery.

Image: Work in progress for “Philippa Jones: Suspended” (2018). Image courtesy of the artist.