ABOUT THE MURAL
Shelley Miller is a Montreal-based artist who confronts the dark history of sugar through community-engaged mural projects. By working in sugar, she addresses its roots in slavery and colonization. 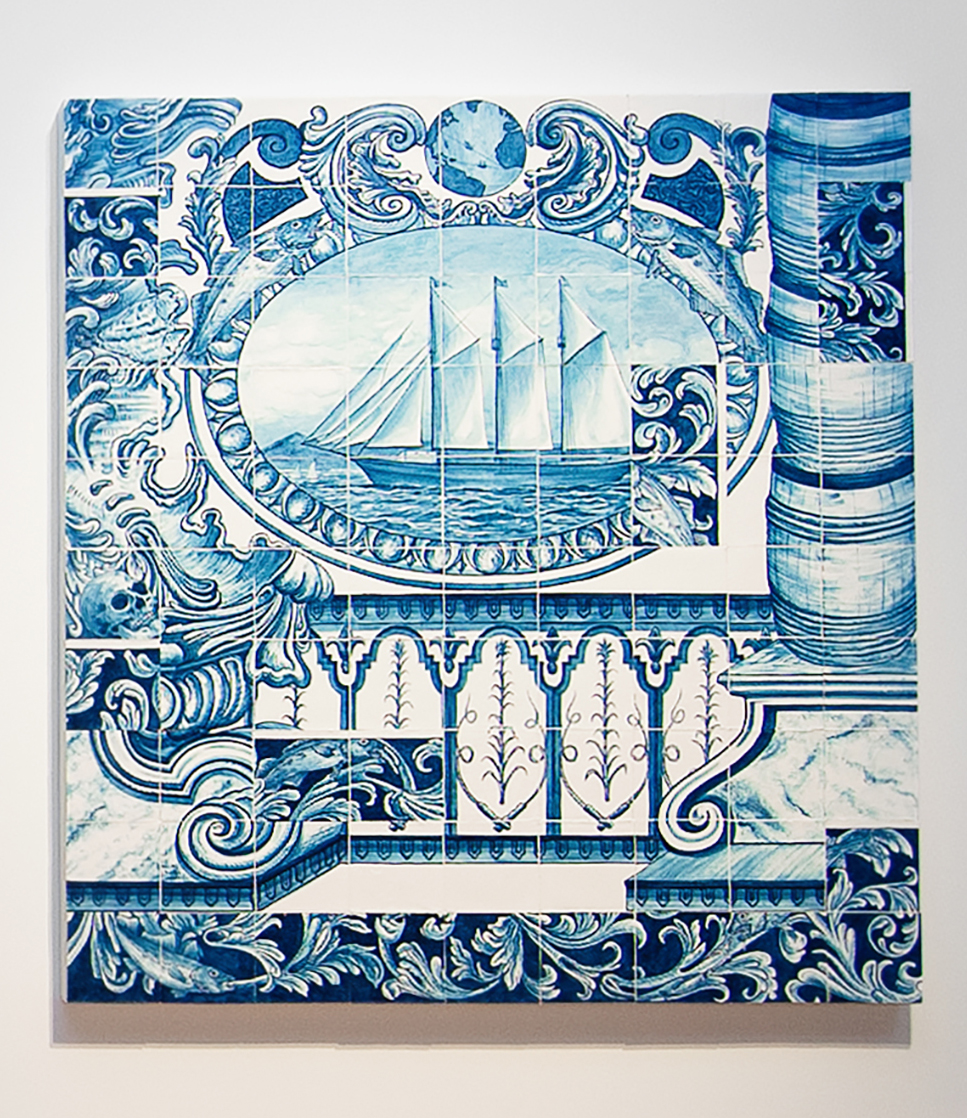 This artwork was commissioned by The Rooms for the exhibition “What Carries Us: Newfoundland and Labrador in the Black Atlantic” which was
on display from Feb 28-Sept 7, 2020. The   exhibition, which combined contemporary artworks with historical objects, revealed the
little-known history of Newfoundland and Labrador’s place in global migration and exchange. The  blue and white colours reference
Portuguese, Spanish, Dutch, French and English ceramics and the trade in sugar and slaves that accompanied European
colonization from the 1500s to   the 1800s.

WHY IS IT INSTALLED OUTSIDE?
As the mural is made of sugar, the artwork is ephemeral (not meant to last). We installed this mural outdoors so that visitors can watch it decay over time, an act that is part of the artist’s   practice. As the mural melts and falls apart, it offers a commentary on the instability of power and corruption. The erosion and decay that the mural undergoes outside, in the elements, acts  as a metaphor for the destructive side of sugar’s past. The imagery fades, either in the sun or from rain, similar to how truths of the past can be washed away and forgotten.