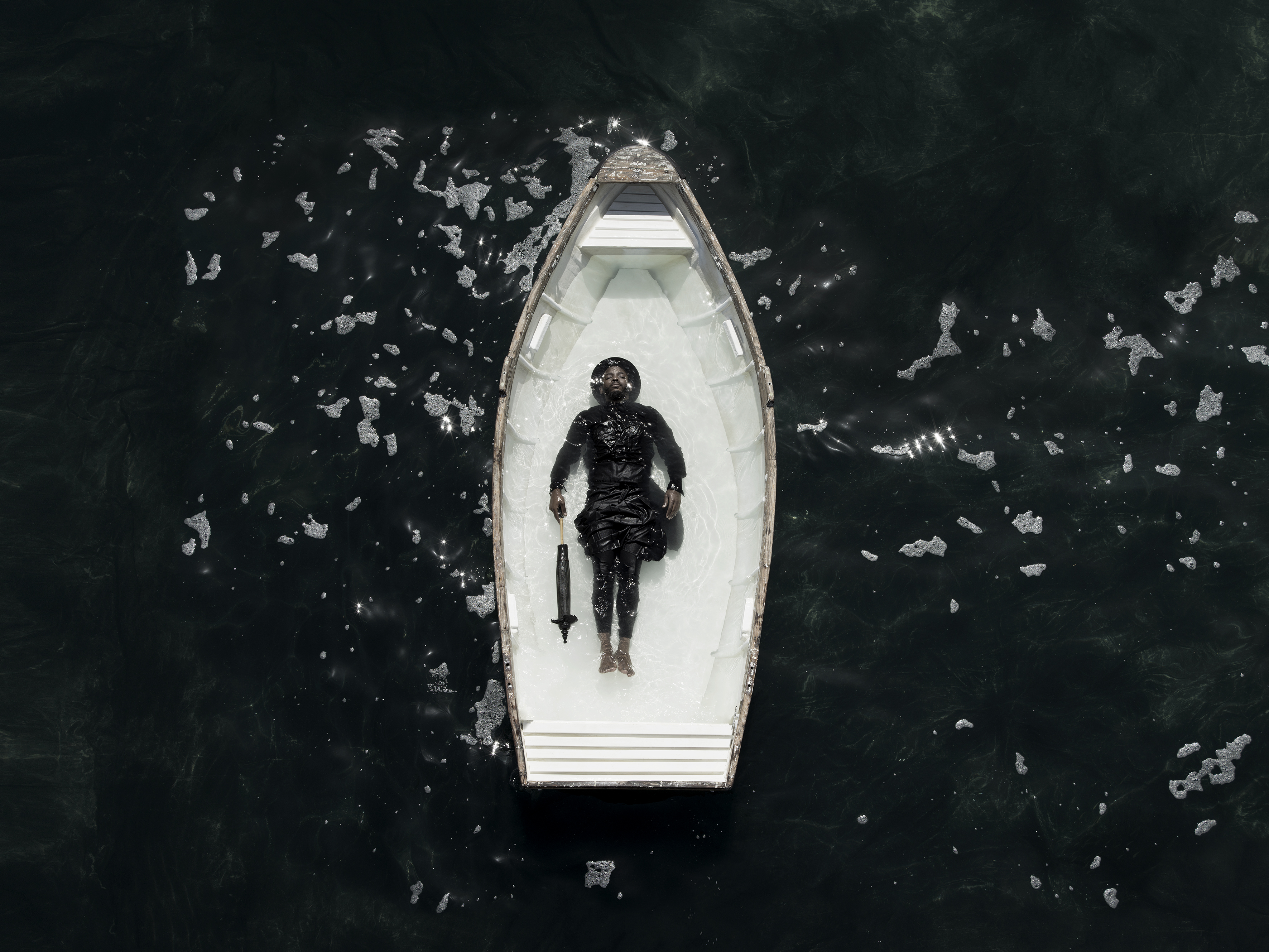 First presented at the South African Pavilion during the 2017 Venice Biennale, this three-channel video is a meditation on slavery’s dismemberment of African identity. Each video portrays an individual whose boat is slowly sinking as they offer no resistance. It is a poetic confrontation of slavery’s erasure of personal histories and the expendability of life. Although rooted in the history of colonialism in South Africa, the work resonates with Newfoundland’s little-known connection to the slave trade. Low grade salt cod was exported in the 1800s to feed slaves, indentured labourers and, later, free workers in the Caribbean.

Commissioned by the South African Department of Arts and Culture on the occasion of the 57th International Art Exhibition-La Biennale di Venezia with the support of Ron Mandos, Tyburn and Whatiftheworld Gallery.

Film score by Neo Muyang, Commissioned by the KT WONG foundation with the support of Lady Linda Davies.

Mohau Modisakeng (b. 1986, Soweto, South Africa) uses his body to explore the influence of South Africa’s violent history on how we understand our cultural, political and social roles as human beings. Represented through film, large-scale photographic prints, installations and performance, Modisakeng’s work responds to the history of the black body within the (South) African context, which is inseparably intertwined violence of the Apartheid era and the early 1990s. His images are not direct representations of violence, but powerful yet poetic invocations where the body is transformed into a poignant marker of collective memory.

Modisakeng studied at the Michaelis School of Fine Art, Cape Town, graduating with a BFA (2009) and MFA (2014). In 2016, Modisakeng was awarded the Standard Bank Young Artist Award for Visual Art, the foremost art award in Africa. In 2015 and 2017, Modisakeng was exhibited at the South African Pavilion at the Venice Biennale. In 2013, he produced work for the FNB Joburg Art Fair and participated in the Biennale International d’art Contemporain, Fort de France, Martinique. He also showed his film To Move Mountains at the 62nd International Short Film Festival Oberhausen, Germany (2016). Modisakeng lives and works in Cape Town, South Africa.