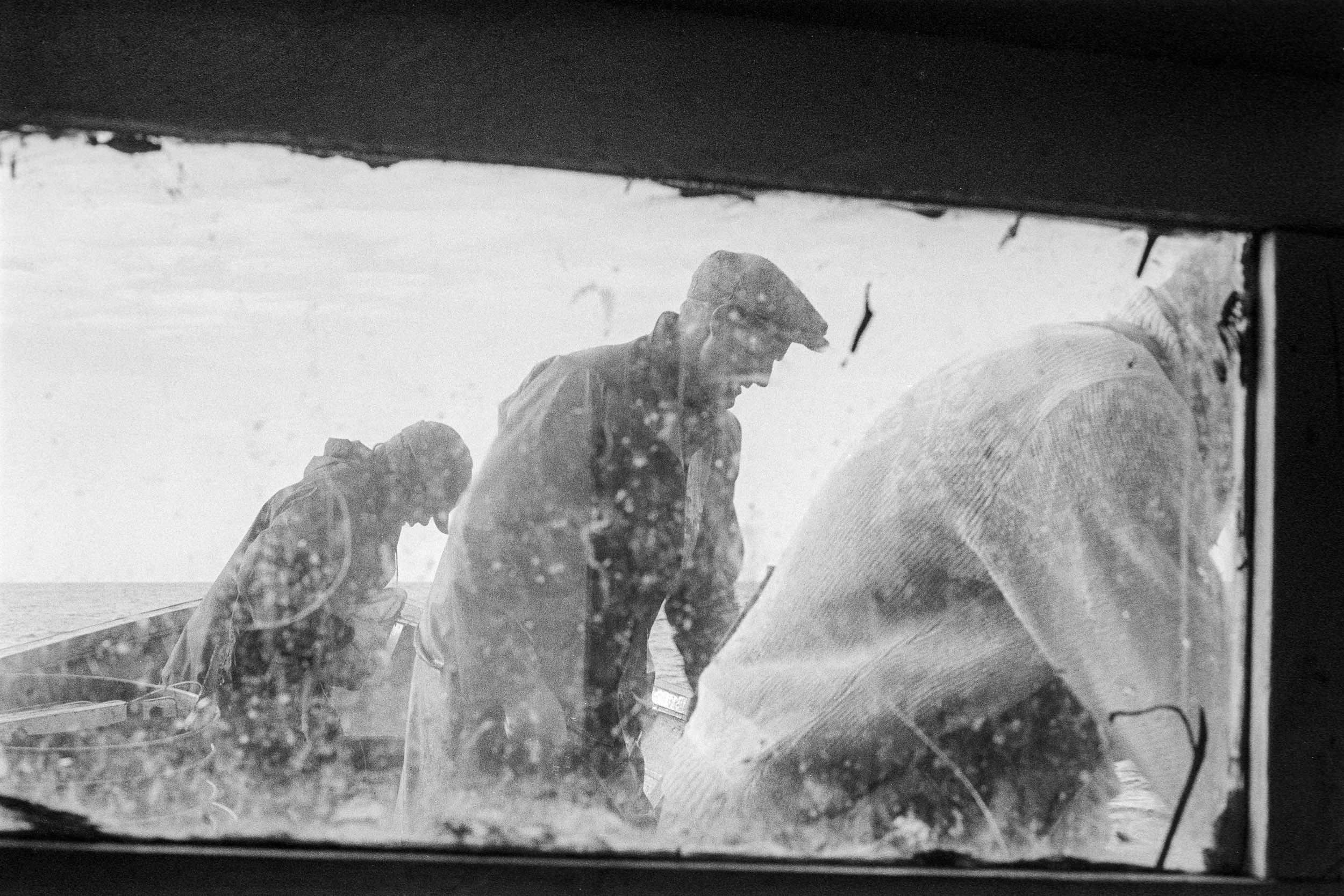 Best known for his drawings, paintings and prints, the artist Don Wright (1931–1988) also produced thousands of photographs of Newfoundland before his death in 1988. For him, the camera provided another way of looking, of being in the moment, and investigating the landscape and people’s connection to it.

The small Newfoundland community of Port Kirwan, where Wright’s studio was located, features prominently in his photographs. During the late 1970s, he documented daily life for its residents and regularly accompanied fishermen at sea. Some of these photographs were incorporated into his lithographs, but most have never been shared publicly.

Eliot Wright, a fellow artist and grandson of Don Wright, is the curator for the exhibition. He describes: “Although I never met Don, his photographs provide me with a richer understanding of his life and motivations as an artist. In curating this exhibition, I explored how his photographs act as personal mementos, historical documents, source material and artwork.”

As 2022 marks thirty years since the start of the cod moratorium, these images depict a way of life long gone. While they contribute to a prevailing cultural narrative of this province, they remind the viewer of the value of community and our collective responsibility to the land.

Originally from Ontario, Don Wright (1931–1988) moved with his family to Newfoundland in 1967, where he worked as an art specialist in Memorial University's Extension Services while maintaining an active teaching career and continuing to produce his own art. In 1972, he co-founded the St. Michael's Printshop—the province's first professional printmaking facility which attracted artists from around the world. Wright, a hemophiliac, contracted HIV through a contaminated blood treatment and died of AIDS-related causes in 1988. In 1990, the Memorial University Art Gallery toured a retrospective of Wright's work nationally.

Eliot Wright (1989–) is an artist, photographer and educator whose work focuses on the complexities of landscape, frequently exploring notions of place and transition. His photographs have been exhibited in diverse venues in Canada, including Urbanspace Gallery, Toronto and the Nova Scotia Museum of Industry, Stellarton, and have been presented in notable publications such as Canadian Art and the Magenta Foundation’s Flash Forward. Born in Newfoundland, he received a Bachelor of Fine Arts, Major in Photography from NSCAD University and a Master of Fine Arts in Documentary Media at Toronto Metropolitan University. Wright currently lives in Toronto, where he teaches photography part time at Toronto Metropolitan University and works as a photographer.