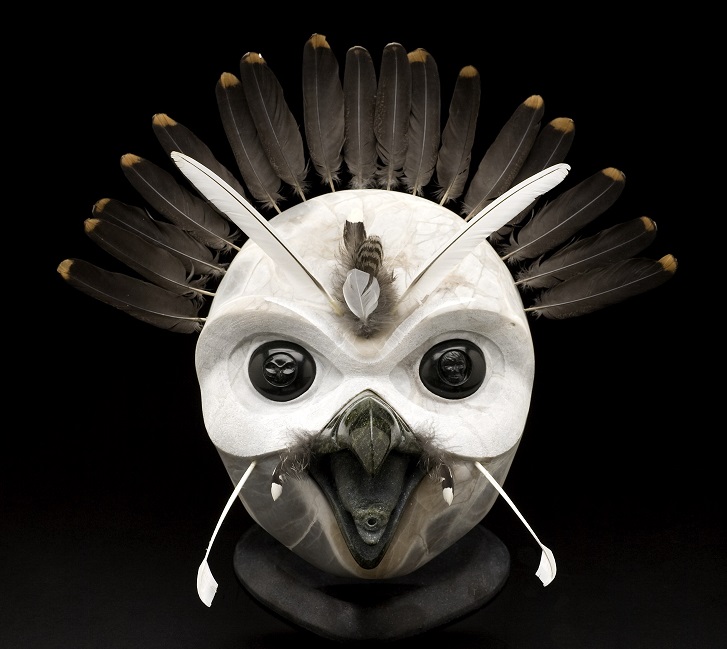 Saunituinnaulungitotluni | Beyond Bone is the first mid-career retrospective by renowned sculptor Billy Gauthier. An artist and activist of Inuit and Métis ancestry, Gauthier’s inspiration comes directly from an intimate connection with the land and culture of his home in North West River, Labrador. For decades, he has developed his artistic practice into a complex, detailed, and vibrantly dynamic body of work. Gauthier’s sculptures are characterized by attention to detail and an ability to illustrate stories. In telling these stories, Gauthier has become a vocal advocate for the protection of the environment alongside traditional Inuit practices that were forbidden with the establishment of the first missions in the 18th century.

Collectively, Gauthier’s activism and artistic output work to bring awareness to many issues faced by the Inuit and others as a result of environmental degradation and colonial legacies. Issues of food security, drug and alcohol abuse, and environmental neglect all feature in his work. Gauthier remains driven to continue making new work and acting in the world until tangible positive change has been affected for him, his family and generations yet to come.

Billy Gauthier (b. 1978, Happy Valley-Goose Bay, NL) is an artist and activist of Inuit and Métis ancestry currently residing in North West River, Labrador. He was drawing and making art from a young age, and he began to carve in 1996 after meeting his cousin John Terriak, a renowned Inuit sculptor. Gauthier’s work is widely recognized for his tremendous skill with traditional materials and the extent to which he pushes himself and his materials’ limits.

His sculptures have narrative qualities that are inspired by personal memories, Inuit cosmologies, and mutual respect for the land and its natural resources. He has received many accolades for his work, including being named Newfoundland and Labrador Arts Council (NLAC) Emerging Artist of the Year in 2011. His work has been collected by many passionate individuals as well as by public and private institutions across the country. Gauthier is represented by Spirit Wrestler Gallery in Vancouver, British Columbia.