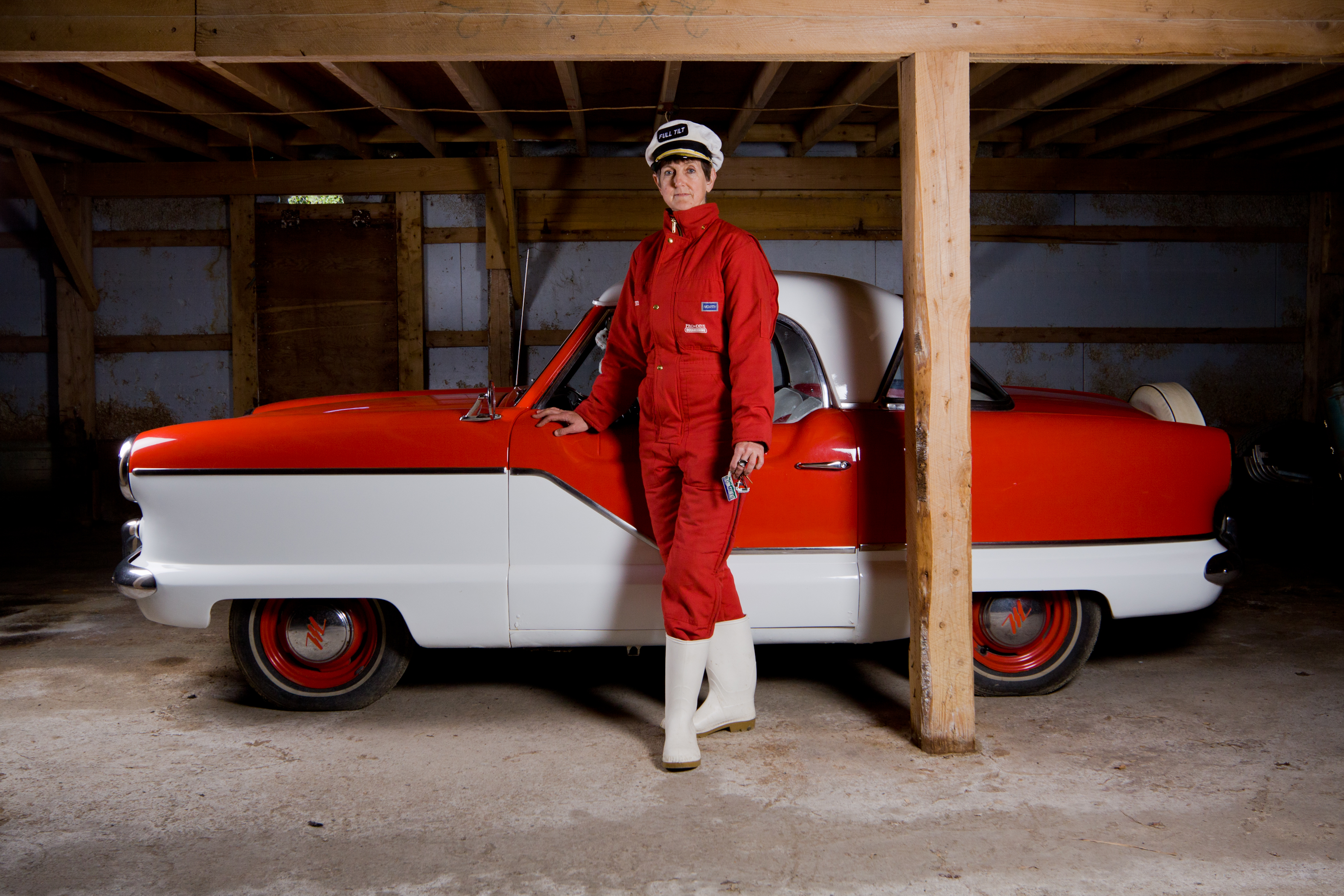 This posthumous exhibition celebrates the legacy of Colette Urban (1952-2013), exploring her distinct way of living and becoming through her art. Known for performance art, sculpture and installation, Urban approached the politics of her time in a disarming and humorous manner that challenged the boundaries between artist and audience. She was drawn to western Newfoundland by its epic beauty, and retired from teaching in Ontario in 2007 to initiate an artist retreat and residence in McIvers, NL. Through the Full Tilt Creative Centre, Urban became a beloved and influential part of the development of performance art in this province.

Born in Denver, Colorado, Colette Urban was among a generation of young Americans who came of age during the Vietnam War and made Canada their home. She received her BA from the Nova Scotia College of Art and Design (Halifax, NS) and her MFA from the University of Victoria (BC). Her performances and installations have been exhibited in Italy, Great Britain, The Netherlands, United States, and across Canada. A long-standing London, Ontario artist and teacher, Urban retired from Western University in 2007 to establish an artist residency on the west coast of Newfoundland. As Professor Emerita, Urban traveled extensively as a guest speaker giving lectures about her work and her adventures as an entrepreneur. She was the subject of the documentary film “Pretend Not to See Me,” directed and produced by Katherine Knight and Site Media Inc. Urban passed away on June 16, 2013 in McIvers, NL.